This is the one word with which I would describe last week.  Christ truly gave me incredible strength to drive solo down to Disney, spend 5 full days at all the parks, and drive back.  I had little to no voice the whole week too.  Several friends asked me before I left if I had a chaperone, but as I prayed, God revealed not a single soul.  I assumed He would strengthen me to do it alone.  But then I got sick as we had all 4 seasons of weather in one week before we left Augusta.  My voice departed the day we left for Disney.  Sometimes, we face opposition from the Lord when He wants us to go a different direction…but sometimes, we face opposition from the enemy.  As I prayed, it became clear to me that the enemy wanted to make it impossible for us to have fun!  I explained to the kids when we got to the park that mommy would clap one time softly if I needed their attention and three times loudly if they were in trouble.  They thought this was very funny and actually paid really close attention.  The parks were so full of people and it was so very hot….in the 90s…each day.  I honestly wondered how I would make it, but every step of the way God provided.  I realized that the kids hone in when I use a quiet voice even more than a loud one and this was wonderful for me to witness.  I really couldn’t have had a more wonderful week, everything was just so serene, fun, peaceful, enjoyable, and exciting.  I loved blessing the socks of these kiddos after one of the hardest years of our lives.  They have persevered, been hard workers, and have triumphed throughout it all.  I am amazed and thankful they are my kids.

When we arrived, at the very first start of our journey into the park, we were surprised with a Disney parade full of energy, and many Disney characters and the beautiful words left by an airplane in the sky saying “Jesus Loves You.”  My eyes welled up with tears of joy as I looked up and saw those words and knew they were meant just for us at just the right time as we entered Disney.  He wanted to bless us.  He wanted to encourage us.  He wanted us to know, “this is for you.” So much of my Christian walk has been one of hard work, servanthood, and even suffering.  There are very few moments I feel as if I can let it all go and have so much fun.  I was able to do that last week.  We had ice cream every day (boy, was it hot!), and we had delicious food.  I tried to relax, despite the fact that I was intent on these littles not getting lost in the masses, and keeping them hydrated and protected from the sun…and prayed my heart out in every line that they would make it…and they did.

We brought our princess dresses and Hannah and Emma dressed up nearly every day in their dresses as Elsa, Ariel, Minnie, and Princess Sophia.  Luke Skywalker was a little too hot for Lewis to wear!  Elsa dress was completely worn out by the time we left and stayed at Disney!

As we walked the parks of Disney, something special happened everywhere we went.  Fun drums to drum on, dancing acts where the kids were invited to dance with the dancers or dance to the music and even give requests, amazing shows, exciting rides, even Disney personnel giving us free ice cream, special fast passes to rides that are unable for fast passes on the machines, Disney personnel who gave the girls beautiful gem rings, and Lewis trading cards.  I think Emma saved the best ride for last with Winnie the Pooh.  It had the best things to play with during the line!  And she dearly loves Pooh.  Emma even went on her first roller coaster, Snow White and the Seven Dwarfs, which had a 2 hour waiting line when we first came, so I wasn’t sure if we would get to ride it before we left Disney!  Emma, as she got buckled properly in the seat on the roller coaster, promptly threw her hands up in the air and started squealing even before it took off.  I think I shall call her Moana.  She is so brave. Hannah went on her first fast roller coaster ride just with Lewis and decided she likes the slower ones!  Lewis proved himself brave everywhere he went, but also appropriately cautious at Typhoon Lagoon, staying where his feet could touch when the huge wave came crashing toward him.

The kids were so much stronger than I imagined.  Lewis, being too old for the stroller, walked on average 12 hours each day, and Hannah walked most of that time too.  Emma walked at least half the time and stayed awake nearly all day every day with short naps in the stroller in the afternoon.  I was amazed at how little they complained, how positive they were, and how strong their little legs are.  I love their excitement for adventure and how each one of them tried every ride they were allowed to go on.  I feel so proud of my brave kiddos and their determined spirits to keep going despite the heat and long lines.  Disney made everything so magical and so fun and I was truly in awe of all the work they put into every detail.  We are so thankful for gifted team members, artists, architects, designers…visionaries….what great minds!

Even our resort was so special.  I wanted to spend most of our time at the parks, but on the first night there for a short while and our last morning there, we went to the water park at our resort. Little did I know that the resort I randomly picked had the best water park of all the resorts.  Our last night of Disney, even, Magic Kingdom stayed open past 11 until 1 am for all resort guest only.  We were able to visit some of the rides we couldn’t get to at Magic Kingdom the first day and really rode until we dropped.  The lines were ridiculously short and although I felt a tad bit bad about keeping the kids up so late, seeing the delight on Emma’s face and the determination to make the most out of her last night, each one asked to keep going until the park closed.  As 1am hit, the park even played a goodbye song to us as we walked out.  It was a dream come true truly, every bit of it.  We took our Disney pictures in front of the Disney castle at 1:30am!!  The last morning there, I knew it would be hard to leave…I told the kids I hoped that we would come again soon.  They mustered up enough energy to get up the next morning after being woken from deep, deep sleeps….to two hours of more fun at our water park before leaving for home.  They were angels going to and coming home from Disney and I thank God for that.  I think knowing they were going to see family the next week as well at the beach kept them encouraged that the fun was not all over.

I truly felt like we lived last week like it was the last we would ever live and those were the words I heard in a Christian message on the radio on our way there.  Often I feel as if I need to be the instrument of self-control in my kids’ lives at home and we practice self-denial as often as is appropriate, so it felt so odd to say yes to so many things last week…but it felt good and it really filled us up and made us feel so loved.

Thank-you Jesus for an amazing, unforgettable week at Disney 2017.  And thank-you for loving us so well. 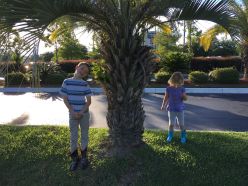 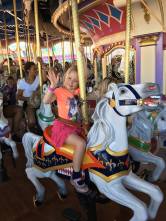 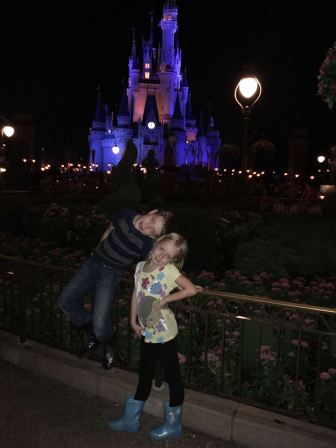